My client is a leading developer, owner and operator of Energy from Waste facilities across Europe. This firm is backed by a major Private Equity fund and has become an international player within the Renewable energy space. It operates at the forefront of renewable energy investment here in the UK and has a very strong pipeline of deals. As part of a small, elite team you will be carrying out financial modelling and analysis for new investment projects. You will also be involved in bid negotiations and contract work as well as the management of current assets. This role presents a great chance for anyone looking to get into industry and work across the life cycle of an investment. The ideal candidate will have between 4–6 years of experience, an infrastructure or energy background and excellent financial modelling skills. You will need to be currently based in the UK with the right to work here. If you are interested in this opportunity then please send your CV to: henry.weston@one-search.co.uk

As is often the case with any form of government, there are only so many resources to go around, especially in a country as large and diverse as the United States of America. Naturally, in a country where the government determines where and how its resources are divided amongst the many causes and interests of its people, there are various special interest groups and corporations that try to influence the government in its decision-making. This process is known as lobbying, and for better or worse, it plays a major role in American politics.

Controversial in nature, lobbying is typically carried out by well-connected advocates, lawyers, or ex-government officials, who are paid to use their influence with politicians and other public officials to sway political favor one way or another. The connections these lobbyists have with said bureaucrats is often of a very personal nature, and in some cases these relationships span the course of several years or decades, if not their entire life. END_OF_DOCUMENT_TOKEN_TO_BE_REPLACED

Franchise businesses such as Wendy’s, McDonald’s and Burger King and many other food and clothing items are booming. The people setting up franchise ideas and businesses know a good thing, and are really promoting this idea. Franchises for just about every conceivable kind of business are being sold in ever increasing numbers. Some franchises are good. They treat both the franchisor and the franchisee very well. Others are very one-sided. Still others are almost total rip-offs that trap one into paying 10 to 50 times the actual value of the business idea, equipment, or whatever it is they are trying to get you to buy. Here’s a checklist of questions before you buy any Franchise Business. END_OF_DOCUMENT_TOKEN_TO_BE_REPLACED 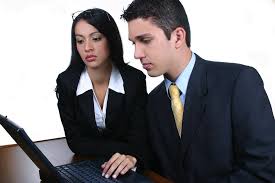 One of the most commonly spoken/unspoken questions from people is (what if) I start my own business? Starting and running a business is tough and will need a lot of time and energy. So the answer is never the same for two people. It depends on what your goals are. Are you unsatisfied with your current job? Or do you feel there is a lot more you can do if you could decide the direction of your efforts? While it is more than possible for you to find, apply for, and be awarded a new job, did you know that is not your only option? Have you ever thought about starting your own business? If this is a thought that has yet to cross your mind, you may want give starting your own business some serious consideration.

If you are serious about starting your own business or at least learning if running your own business is something that you are capable of doing, please continue reading. A few important points to be considered by those who are interested in leaving the traditional workplace to start a business are as follows: END_OF_DOCUMENT_TOKEN_TO_BE_REPLACED

The volume of text messaging is set to increase significantly among the financial securities brokers, going by the general trends in text messaging usage. Many brokers today carry two mobile phones because their company-provided devices don’t allow texting. But things can change in future as new technology is helping texting restrictions evolve with adoption of enterprise grade text message archiving systems from companies like TextGuard. In this video, TextGuard founder Todd Cohan talk with Dow Jones Newswires’ Jennifer Hoyt Cummings.