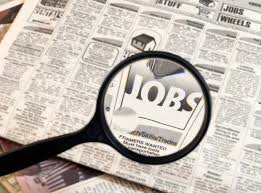 About 18.7 million people were unemployed across the Eurozone, up 173,000 from the previous month. Spain and Greece are most affected with over 25%, with 60% of jobless youth; such numbers can have a negative impact in the long run. Non-euro countries, like Britain and Poland, reported unemployment rate of 10.7% in October and a 25.9 million jobless workers.

European countries have initiated tough austerity measures, such as cutting spending and raising taxes, in order to control their debts. However serious measures are taken, such as restructuring labor practices, improving skills and education, to encourage jobs but it is time consuming, both to perform and to run through an economy.

Marie Diron, a senior economic adviser at Ernst & Young, predicts that the unemployment will increase through 2013 and max out at a little fewer than 20 million in the fourth quarter.

The Commission’s Todd suggested all EU countries should execute a new scheme to help the below-25-year-unemployed. The scheme would ensure job, extended education or a traineeship within four months of leaving school. Todd said the scheme should be extended in places like Austria, Finland and Sweden having below-average unemployment rates, Austria with the lowest in the eurozone at 4.3%.

Germany and France have seen slow growth in 2011 increasing pressure on businesses to cut costs. Germany’s unemployment rate in October was unaffected at 5.4%. France was at nearly twice over Germany’s at 10.7%.

At the same time, the annual inflation rate in the eurozone inched down by more than expected to a 23-month low of 2.2% in November from 2.5% the previous month. Many economists think that unemployment in many countries will keep on increasing for few more months, definitely as long as the economies remain in recession.